West Ham manager David Moyes said there has been a change in mindset with the Hammers this season after Tomas Soucek’s late strike earned a 1-0 win at Everton.

Moyes’s men had the toughest festive fixture schedule in the Premier League with three games in six days, but finished the stronger of the sides as Soucek netted the winner four minutes from time.

“The players have played three games in six games, they are amazing,” said Moyes, who won for the first time as a visiting manager at Goodison Park, where he made his name in 11 years in charge of Everton.

“I don’t think there was any difference in the fitness levels so great credit to the players, there has been a big change in the mentality here at West Ham.”

Victory took West Ham to within three points of third, although they remain in 10th in a tight Premier League table.

Everton on the other hand were left to rue a huge missed opportunity to bolster their European credentials as they missed the chance to close to within a point of local rivals Liverpool at the top of the table.

Carlo Ancelotti was able to welcome back Richarlison from a concussion and James Rodriguez made his return from injury off the bench in the second-half, but the Toffees rarely put West Ham stand-in goalkeeper Darren Randolph under any pressure.

“It was not a good game,” said Ancelotti. “We didn’t have opportunities and we didn’t concede opportunities, they had a lucky deflection and we lost the game.

“We could play with more intensity and more quality up front.”

Soucek’s goals from midfield have played a big part in his side’s success this season and the Czech international scored for the fourth time in seven games when Aaron Cresswell’s deflected effort broke kindly to him.

Later, Manchester United have the chance to move level on points with Liverpool when they host in-form Aston Villa, who could go third with victory at Old Trafford. 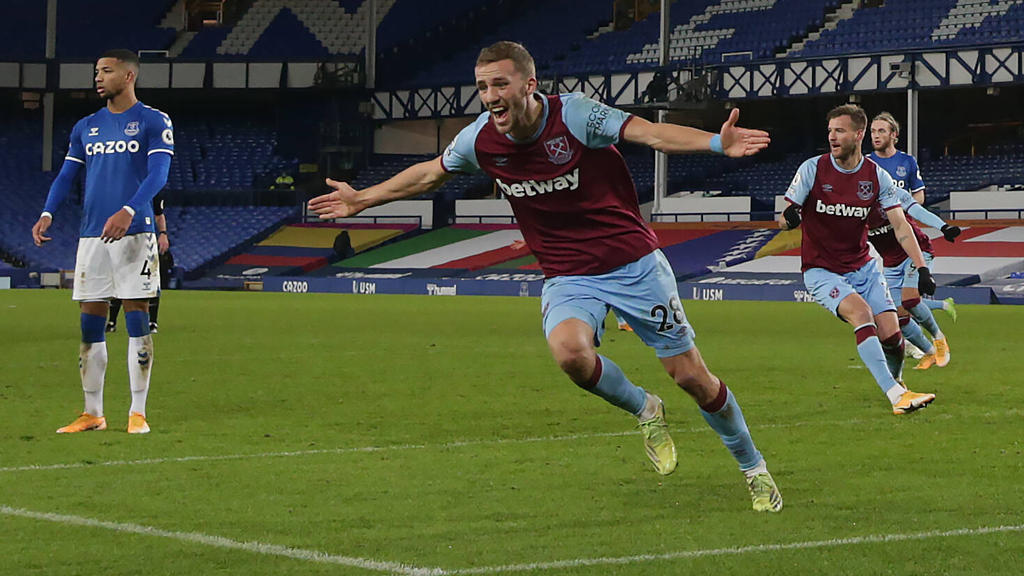